Let's look at Captain America out of the Justice aspect.  Overall, he's fantastic in basically ANY aspect, but frequently no matter the aspect I'm in, I find myself thwarting with Captain America quite frequently.  With a 2 THW and the ability to ready himself once a turn, he's going to be able to get a lot of work done all over the game.  His hero cards give him a lot of ways to influence the game, so really, you can pick and choose what you want to focus on.  He also has multiple cards that stay on the board and generate resources, which is incredibly valuable.  Whew, what a great hero.

Okay, let's look at the deck I've been using with him:
Captain America
Packs: From Core Set to Ms. Marvel

It's done quite well, but I admit it still needs some changes.  I find that I don't value drawing many of the cards, including Great Responsibility, Interrogation Room, and Surveillance Team.  Although, admittedly, Great Responsibility has proven to be helpful to me with the Wrecking Crew.

As I expected, he's really had no problem dealing with schemes, and gets plenty of opportunities to put some damage on the table, as well, which is nice.

He's been great into the Wrecking Crew, and the first Goblin scenario, so far.

Anyway, that's where I currently stand with this- anyone tried him out, and if so, how has he fared?
Posted by Asmo at 8:30 AM No comments:

Today, I'm going to look at where Aggression Spider-Man stands, and write out a deck for him.  Unfortunately, the Thor pack hasn't released yet, which would contain a bunch of new Aggression cards, but I'll work with what I have, and see how it goes.

Spider-Man seems like a natural fit for aggression.  He has a good ATK value of 2, and already comes with some pretty powerful attack cards in the form of Swinging Web Kick, and has the tools to keep himself alive and safe with Backflip and other cards.  He'll naturally be going in and damaging the villain, so why not add some cards to keep that damage dealing up?

Here's my deck, as it currently stands:
Spider-Man
Packs: From Core Set to Ms. Marvel

So far, I've run this in a few situations- Rhino and Risky Business, at least, and both times, it's worked great.  He keeps the damage up, and can afford to spend a turn in Alter-Ego form to heal or even build up.  Overall, he's a very strong hero, and a great damage dealer.  I'll be sure to update this as I play more, and more cards come out that he can find valuable!
Posted by Asmo at 8:30 AM No comments: 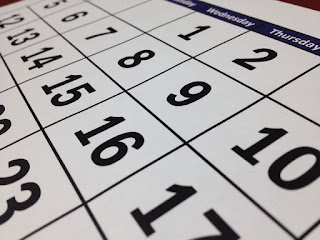 Oh boy, who doesn't love Iron Man??  I've played him in quite a few aspects, but this is my first time trying him with Protection.  Let's see how he looks for the moment:

This is at 41 cards, which was surprising, as I thought I had cut it down to 40.  Anyway, there are a few important things to mention.

First, I'm not the first to notice that Energy Barrier has the Tech trait.  Iron Man likes the Tech Trait.  Three of those were the first addition.

Having to balance the need for Energy Resources (for Repulsor Blast), and Science Resources, in order to give Iron Man Aerial, was pretty tough.  I am trying Enhanced Awareness to give me a few reliable turns of it, and Pepper Potts certainly helps.. but yeah, it wasn't available every turn in this deck.  Something I have to play around with.

Anyway, I've played this once, and it did a lot of work, but of course, Iron Man is amazing as a character.  Have you tried this combo?  What did you think?
Posted by Asmo at 8:30 AM No comments:

I've been playing at least a game a week, and one of the random combinations my generator told me to play was Spider-Man out of the Justice aspect, and I decided to give it a shot.  It's a bit of an odd combo- Spider-Man only has 1 Thwart, which isn't really a good fit for what Justice's goal is... but his other stats are good, and the Justice cards could be used to offset that weakness.  There certainly could be some potential.

Okay, so my main plan with this deck is to use all of the Justice cards to help handle the schemes on the board, and still leave Spider-Man free to bust some heads.

There aren't many Allies available at this point, so I included all who I thought were sensible.  Likely, any that come out, I'll use to thwart, except for Black Cat, who will just attack.

Interrogation Room feels like it's a good fit, as Spider-Man has decent offensive abilities, so there could be ample chances to trigger this.  The Surveillance Teams may end up doing a lot of lifting, and combined with For Justice! may end up being the primary means I handle threat on the board.

Followed hasn't impressed me, so I will likely replace it before I play again.

Anyway, so far, I've taken on Risky Business with the Doomsday Chair, and it wasn't exactly easy, but I did manage, and Spider-Man's ability to take on even strong Minions came in handy quite frequently.

Hopefully the upcoming Justice-focused release gives this sort of deck some new toys to play with!
Posted by Asmo at 8:30 AM No comments:

In an effort to get my gaming more focused on my goals for the year, I've posted up a list of all of my unplayed games here.

If there's a game you particularly want to read about, or better yet, would like to play, let me know, otherwise I'll be working on going through these very soon, as soon as I clear up some of my other gaming commitments :)
Posted by Asmo at 6:17 PM No comments:

I have played a few times with the Captain America preconstructed deck (a Leadership deck), but I wanted to try something different, and decided to give Aggression a shot, as my experience with it wasn't super impressive.  Here is what I ended up with:

My primary goal of this deck was to stock it with physical resources to enable Hulk to stick around for a long time once I got him out, and to allow Heroic Strike to have a lot of opportunities to trigger its stun effect.  The Super-Soldier Serum, if I could get that out early, was a huge help to the latter.  In two games, it's actually played pretty well.  Captain America is actually great for handling threat on his own, and he can certainly put damage out as needed.  Overall, he's just a fantastic hero.  He can hunker down and take some blows, too, which is really helpful, keeping your allies on the table longer.

So, I've gotten two games in with this combo so far, both wins, but both against Rhino.  I'll take him on a tougher challenge as soon as I can manage.
Posted by Asmo at 8:30 AM No comments: