A bit delayed, as I've had this in my hands for some time and I've already seen these in the shop.  But for anyone interested, I figured I'd show a bit about the game and the components.  This is going to be part one of covering what was included, and I don't expect I will need more than a second article.

The rulebook has a nice look. 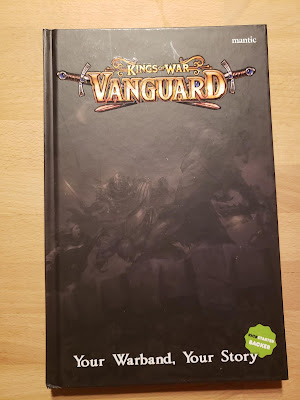 Came with a nice marker to identify me as a Kickstarter backer.  How nice!  The rules themselves seem pretty straightforward at first glance- you generate Power at the start of the turn in order to power special abilities, then take turns activating models for movement, combat, and the like.  There's an included campaign system that looks interesting.  Looks like it will be quick, and a lot of fun!  The challenge, of course, will be finding people to play against. 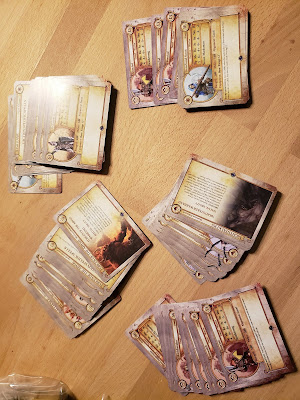 A BUNCH of cards, for the various units in the game.  Many are for included models, some are for models not included (nor in the rulebook at the moment!). 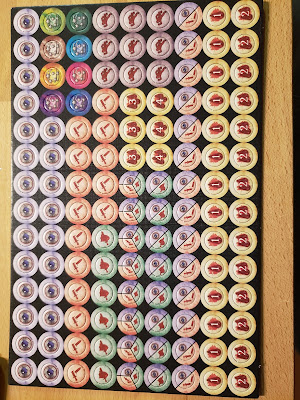 A sheet of counters. 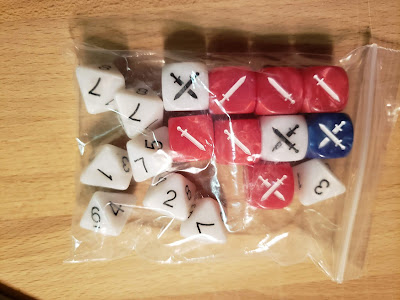 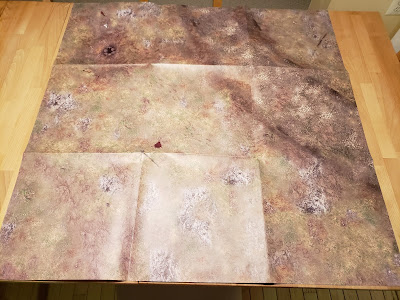 And then we move onto the miniatures.  In this article, I'll show two of the warbands I've received.

First, we have the Basileans. 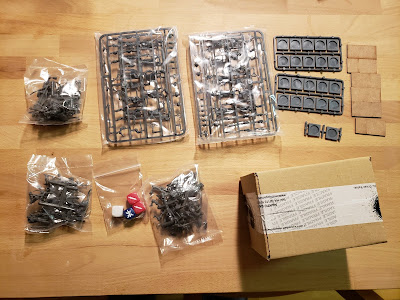 What came with my Basilean warband.  Dice, bases, a box with resin miniatures, and a bunch of other miniatures.

To start, I received two packages with these sprues: 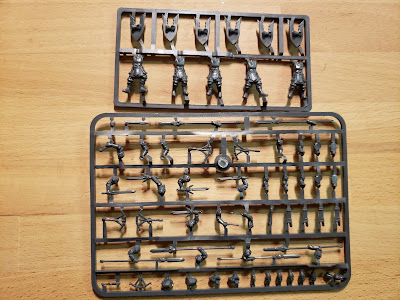 I believe these make up the Men-at-Arms.

And I received three packages with these sprues: 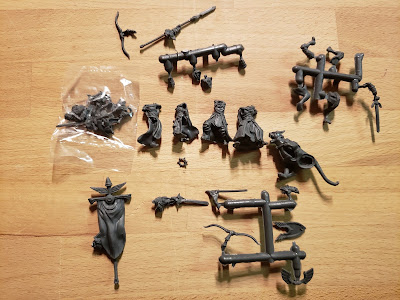 These look to be the Sergeants, Paladin Defenders, Sisterhood, Sisterhood Scouts, and the Panthers.  Quite a nice collection of miniatures, although quite a bunch of the plastics are bent.  Shouldn't be too much trouble to fix, when I get there.

We come to the box: 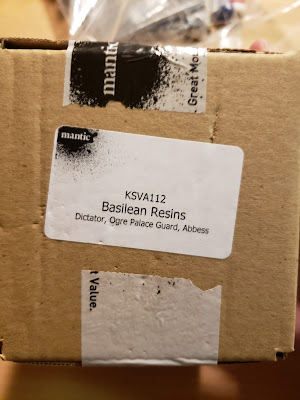 Pretty clear what is included. 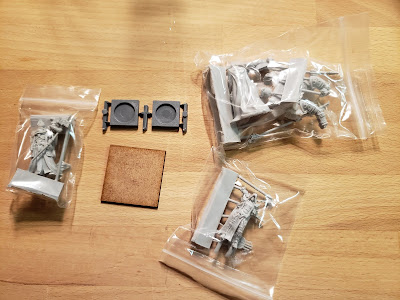 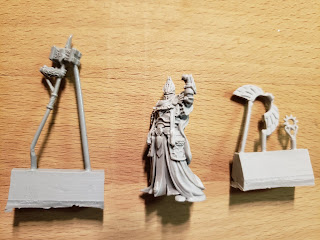 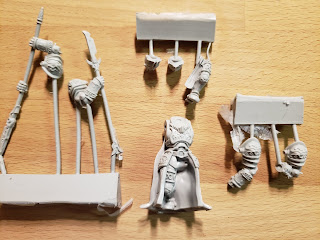 A choice of heads and arms for the Ogre is a nice inclusion. 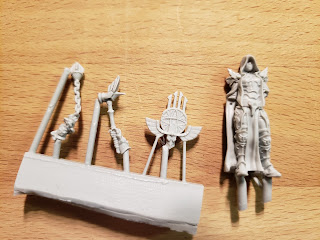 Overall, the resins look great!  A very nice level of detail on these, although they'll be significant work to get that far, I think.

Next, we have the Nightstalkers warband. 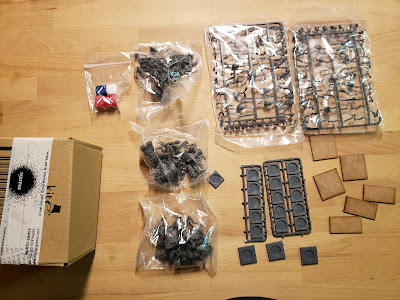 As before, I received two of these sprues... 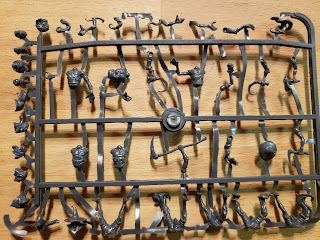 Which are the Scarecrows and Spectres.

I received three bags of these... 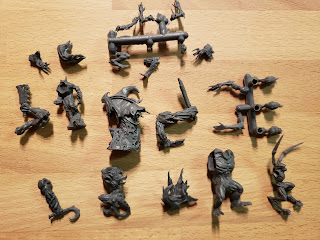 Another box happily telling me what is included. 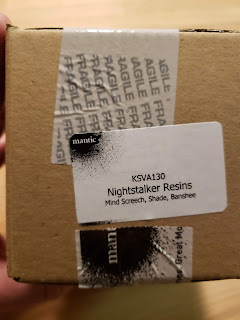 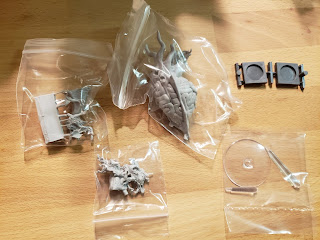 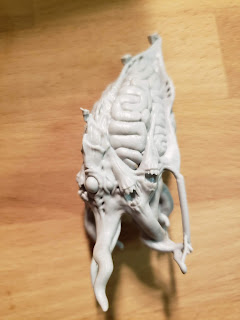 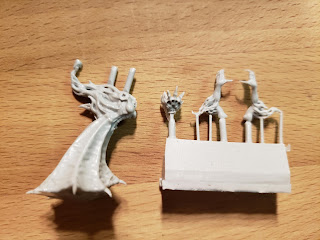 And finally, the Shade: 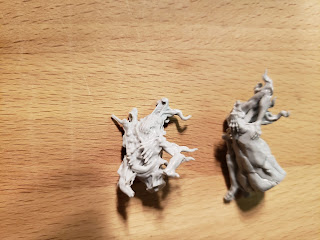 So there you have it- some pictures of the unassembled minis for two of the warbands.  I'll work to get the rest of the stuff photographed and loaded up early in the new year.
Posted by Asmo at 8:30 AM